He has worked for library and educational organizations in Ireland, England, and the US. Before moving to the UK he worked in public libraries in Dublin, Ireland.


Kenneth J. In his 17 years working as a technology librarian, he has served in a variety of libraries, including a small special library at the Open Media Research Institute in Prague, a large corporate library at Ford Motor Company, and a small academic library at Tufts University. Prior to his postgraduate education, he received a BA from Grinnell College.

I was really interested in how you can construct a book out of the blog entries, but it is not actually constructed. I would say that selection is a more precise word characterising the way the book was created.

The Network Reshapes the Library: Lorcan Dempsey on Libraries, Services, and Networks

The book consists of the original entries to the blog grouped into several topics and presented in chronological order in the same chapter. This presentation most probably should create the feeling of the flowing time and change in the library world over time. The actual effect on me was some kind of confusion by something deja vu at times and something outdated at others, until I remembered to look at the date of the entry, but mainly I suffered from the fragmentation of topics, styles, and times.

I found it difficult to make sense of the book as a coherent unity, despite my love for postmodern fragmentation in literary works. Something in the architecture of the text hindered me from feeling the flow of time and change, though I could see it if I made a mental attempt. That was quite unexpected as following the blog, from which these texts are selected, I have never experienced anything similar. Most probably this general impression has been born from the fact that a book is something more than just a text and definitely more that the compilation of text fragments.

It has to be larger than the sum of its elements. Having said that I would like to note that this confusion did not in interfere with my interest in following certain topics, appreciating the wit of the author, his sharp intellect, informal style, and thoughtful treatment of sensitive library issues. The predictions of the directions of library development, presentation of interesting technological and social innovations, useful professional commentaries are still here.

They are as valuable as ever. Mandy Henk. The Purpose-Based Library. Library and Information Science.

Rachel L. Fundamentals for the Academic Liaison. Richard Moniz. Steven A. Joel A.

Lorcan Dempsey and Ken Varnum on "The Network Reshapes the Library" 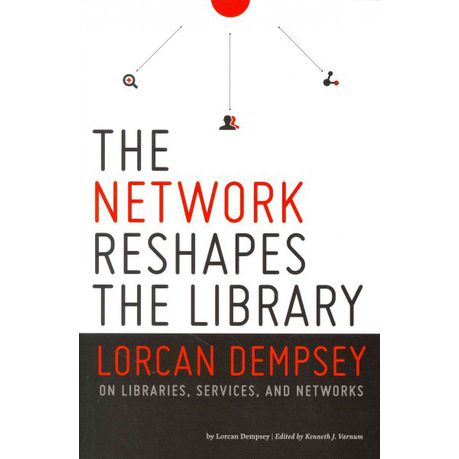